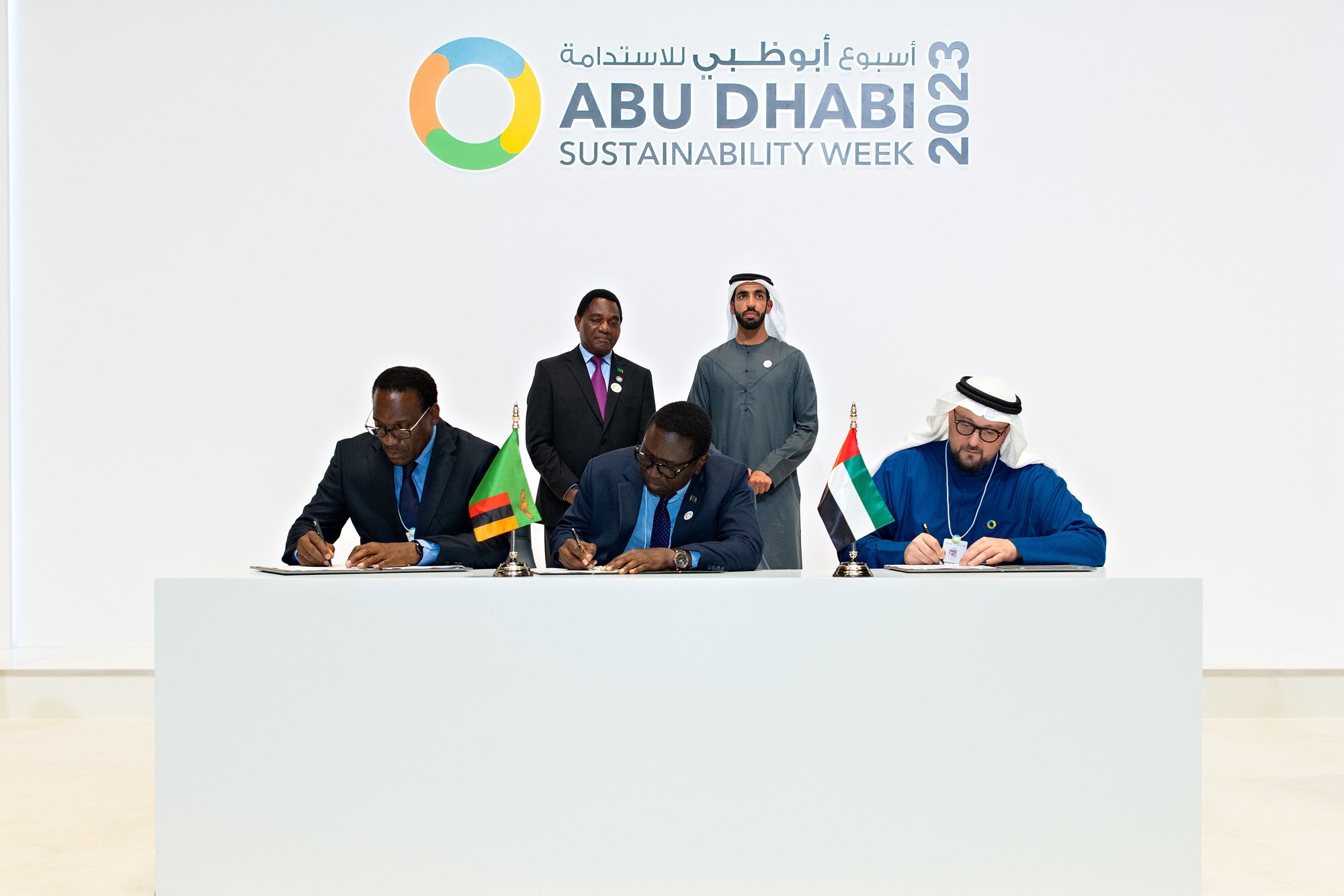 The Abu Dhabi Future Energy Company PJSC-MASDAR and ZESCO Limited on Tuesday, January 17, 2023 signed a Memorandum of Understanding and a landmark Joint Development Agreement aimed at developing the renewable energy in Zambia to a total capacity of two Gigawatts to be undertaken in a phased approach starting with the installation of 500 megawatts. The signing of the Memorandum of Understanding and Joint Development will see ZESCO partner with Abu Dhabi Future Energy Company PJSC-MASDAR, a key investment funding entity of the United Arab Emirates form a joint venture in the development and deployment of solar projects across Zambia. Development of other clean sources of energy complementary to hydro energy is a matter of urgency and one of great importance to diversify ZESCO’s energy generation portfolio therefore, this development casts a ray of light on the quest to move away from the legacy of over-reliance on hydro power generation which has seasonally failed to yield adequate power to meet demand resulting from the decline of rainfall occasioned by climatic change. It is anticipated that once these projects are established there will be an improvement in power security resulting in more investments and economic growth for Zambia. 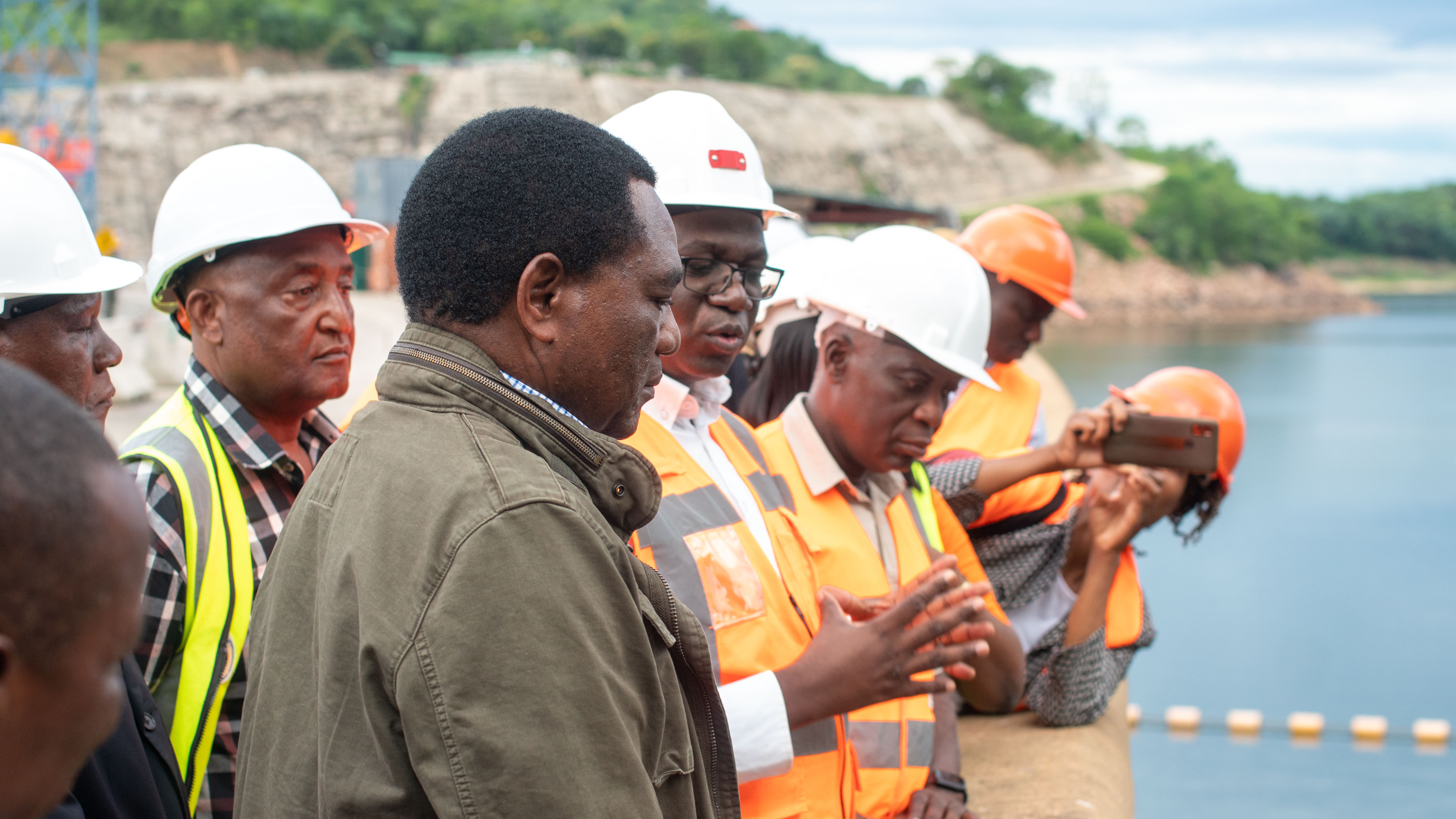 President Hakainde Hichilema says Zambia and Zimbabwe need to meet in a private "family conversation" to strengthen the utilization and management of Lake Kariba waters for power generation to ensure the two countries benefit equitably. The Lake Kariba is managed by the Zambezi River Authority (ZRA) on behalf of the two countries and its principal clients are Zambia’s state power utility ZESCO on the north and the Zimbabwe Electricity Supply Authority (ZESA) on the south. Zambia and Zimbabwe equally and jointly own and manage the ZRA established in 1987 by parallel legislation in the two countries to replace the Central African Power Company which previously managed the lake. ZESCO runs its Kariba North Bank Power Station with an installed capacity of 1, 080-megawatts while ZESA’s Kariba South Power Station has an installed capacity of 1, 050-megawatts. Annually, ZRA allocates ZESCO and ZESA equal allocations of water for power generation at their respective power stations. Both countries are currently experiencing desperate period of load shedding following the drop-in water levels in key reservoirs due to the negative effects of climate change. According to ZRA, ZESCO followed the 2022 programme on water usage for power generation, but Zimbabwe's ZESA abstracted more than its allocation, thereby starving ZESCO of its allocation, resulting in worsening the current load shedding. On his tour of the Lake Kariba in Siavonga to appreciate the current load shedding in Zambia, President Hichilema said there is need to strengthen the authority of ZRA to ensure both ZESCO and ZESA operate within their allocated framework for water usage. “Maybe it is time that we review these governance documents so that we can manage this asset (Lake Kariba) better…we need to engage in a formal meeting – Zambia and Zimbabwe so that we can have a family conversation mainly to work together. We deliver stronger economies in Zambia and Zimbabwe, we make our people happy on both sides of the river,” President Hichilema said. The President regretted that one of the two utilities engaged in “excessive abstraction” of water to the disadvantage of the other. “Our number one issue is to button the omissions of the past and see how we can do better going forward,” he said, adding that he planned to engage his counterpart Zimbabwean President Emmerson Mnangagwa on strengthening the governance rules for ZRA. President Hichilema said that there is need to expedite repair works to the plunge pool at Lake Kariba to ensure the structural integrity of the over 60-year old dam wall is restored. The reshaping of Kariba Dam plunge pool which is wholly funded by the European Union through a 72 million euro grant to Zambia is expected to be completed in 2025. 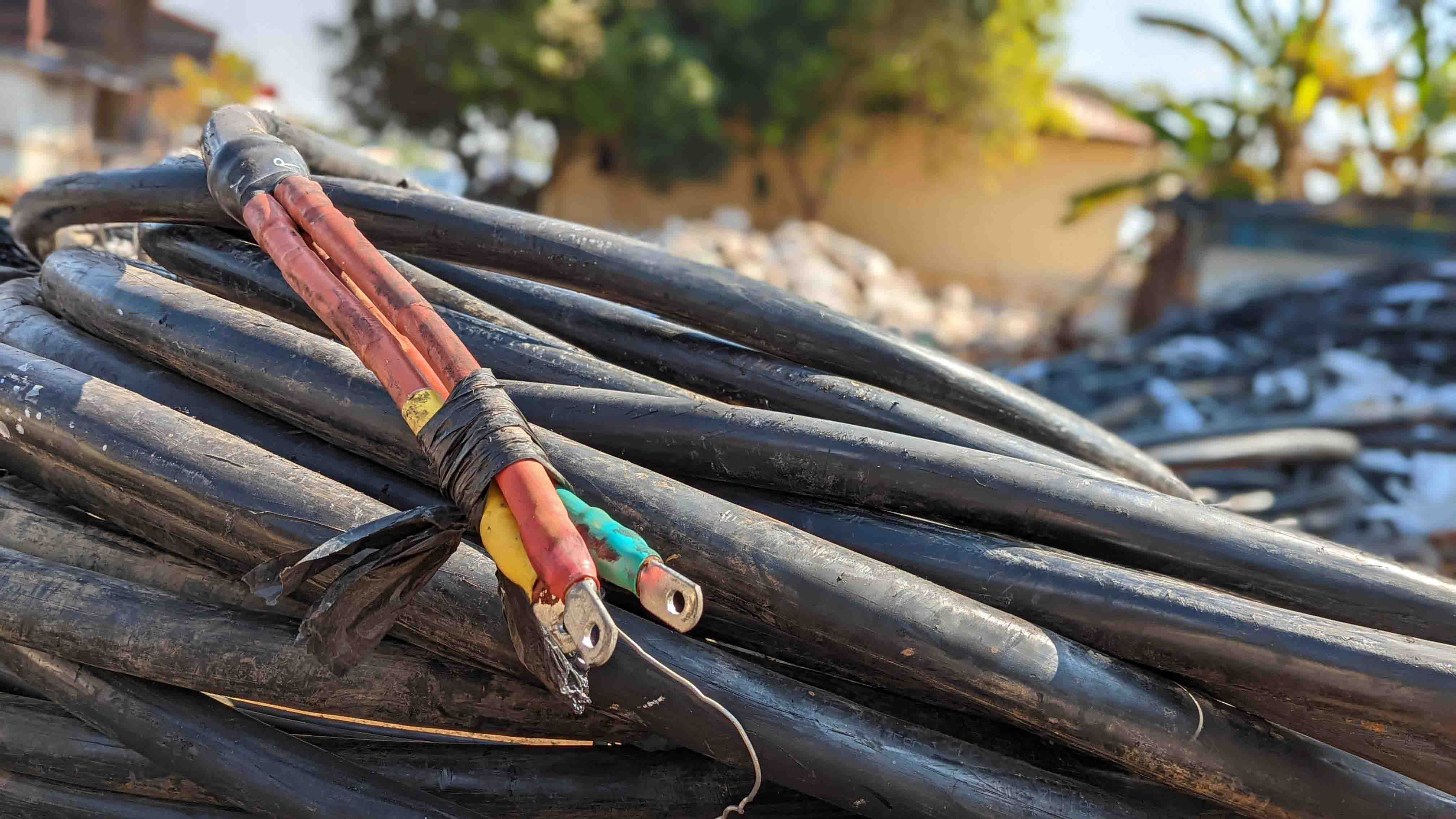 Two suspects involved in the theft of ZESCO cables were arrested in Kitwe by a combined team of Zambia Police, ZESCO security and their colleagues from Copperbelt Energy Corporation (CEC). The two suspects identified as 34-year old Alias Mbulo of Kitwes Chimwemwe township and Daka Mwewa of Buchi township were arrested for being in possession of suspected stolen ZESCO cables on Sunday 30th October 2022. A combined patrol team of Zambia Police, ZESCO security and Copperbelt Energy Corporation (CEC) intercepted Mbulo along the Kitwe-Kalulushi road after noticing that the Motor vehicle he was driving, a Toyota Carina, Registration Number ACJ 6627 was evidently overloaded and struggling to move. Upon stopping and searching the vehicle, the officers discovered cables reasonably suspected to have been obtained from vandalized electricity installations. Four suspects bolted from the scene upon seeing the police officers, abandoning Mbulo who was driving the car. The vehicle was impounded while Mbulo was arrested and detained at Kitwe Central Police station. Later, Mbulo led the combined security team to the residence of Daka Mwewa aged 25 of Buchi township. Daka Mwewa is one of the four suspects that fled from the vehicle which was impounded by the police. After interrogations, the suspect led ZESCO security team to substation CBD 0201 in First Kwacha township, where they had cut and stolen 50 millimeter square x 1 single core x 15m ZESCO cables. The value of the stolen cables is Thirty Two Thousand, Seven Hundred and Thirty Four Kwacha Eight-Eight ngwee., (K32,734.88). Materials worth Ten Thousand, Eight Hundred and Eighty-Eight Kwacha and Twenty-Ngwee (K10,880.20) were recovered. A criminal case has been instituted against the two suspects who are currently detained at Riverside Police station. The two suspects will appear in court soon. However, investigations will continue until the arrest of the remaining suspects. ZESCO will continue working with citizens to avert vandalism and theft of key electricity installation, a vice that costs the power utility millions of kwacha annually.